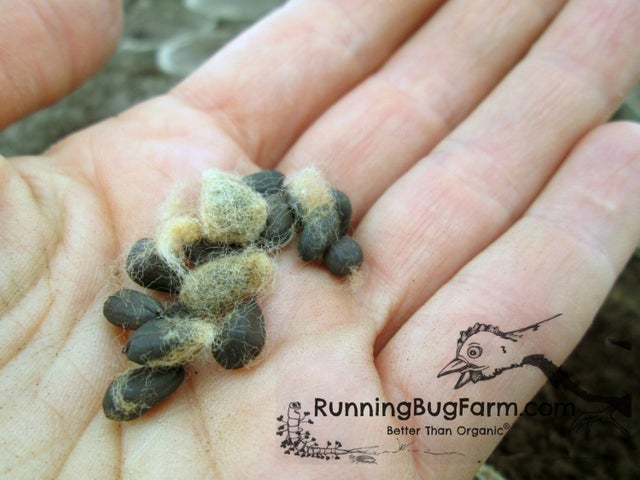 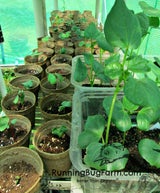 SKU: SIBC
$4.99
$4.99
Unavailable
per item
Grow your own naturally colored heirloom cotton for spinning, textiles and more!  If you spin, you will welcome having your very own non GMO cotton. Everyone should try growing cotton at least once, it is a memorable experience rich in American history. My rare heirloom cottons have fallen out of production for the conventional white cotton grown today. Unless organic, conventional cotton is heavily sprayed with dangerous, polluting chemicals. It is one of the top genetically engineered crops grown along with corn, soy and sugar beets.

1 available
Add to Cart
Feel good knowing you are getting non GMO cotton grown in a chemical free environment. I intermingle all my crops creating a messy but beautiful landscape. I believe this attracts a larger variety of bugs, helping to keep any one species from overtaking. NO! Sprays or treatments, not even the organic approved types. I work with Mother Nature, not against her...

Each year I only grow one kind of cotton originating from certified organic heirloom seeds.  This way I can ensure my cotton does not cross pollinate with other cotton plants and remains pure.

Sea Island Brown seeds are easier to remove from the lint than other cottons. Staple length is longer than other heirloom brown cottons. Spun cotton has some shine.

There is no better way to make your stand against GMO's (Genetically Modified Organisms) than to grow your own heirloom crops by saving the seeds and passing them on. Don't let Bayer/Monsanto take over our food!

Aldicarb, parathion, and methamidopho, three of the most acutely hazardous insecticides to human health as determined by the World Health Organization, rank in the top ten most commonly used in cotton production.

All but one of the remaining seven most commonly used are classified as moderately to highly hazardous.

Aldicarb, conventional cotton's second best selling insecticide and most acutely poisonous to humans, can kill a man with just one drop absorbed through the skin, yet it is still used in 25 countries and the US, where 16 states have reported it in their groundwater." - Organic Trade Association
Running Bug Farm Disclaimer: Nothing contained in articles &/or content is or should be considered, or used as a substitute for, veterinary or medical advice, diagnosis or treatment.
﻿﻿Running Bug Farm, West Union, WV, USA 26456 | © 2008-2022 All Rights Reserved
RunningBugFarm.com﻿﻿